This might sound awkward or untrue when we first hear this statement loud in public or in a society where females are merely seen as homemaker and limited to four walls only .But, this isn’t actually true .since, the ancient age it is believed that women should be the one who stays home and take care of kids and other family members as well as household in every situation. They made it look as her  sole responsibility .though,  it doesn’t really seems so correct if we apply the same rule  in modern society .especially where every second woman is talented , creative and educated. Let it be cooking ,stitching ,painting, or any other profession or skill which we doesn’t even count as some source of income while many of our men are already earning through the same sources

We take a step back when it’s about women ,we prefer and train our minds to think otherwise, this isn’t something unfamiliar and unique specially in Asian society ,as every 3  in 5  women have experienced criticism and  pressure against their career, dreams or professions if not regular but at least for once .

Now, my question to those who speak paragraphs regarding why women shouldn’t work for a livelihood and always be dependent on her marriage, parents or her son ,i.e. male

Who is willing to take guarantee for her married life ? do they ever agree to pay for her if something went wrong, or the person she married isn’t really good enough ? the same society which keeps putting pressure on females ,for marriage ,kids and so on….. why do they step back when the marriage doesn’t work & why do they always try to curl things up against women and  blame them .

Well, let’s leave it for now and think about the other possibilities that might happen if we try to accept the fact that both of the genders deserves to live the life as they please .no male should be forced to stay away from acting or dancing or being a makeup artist and no women should be forced to stay at home and be busy in household for the rest of her life and stay away from the business at all.

We can change that .Right ?

the thing is….let everyone do ,what they like to do ! period .

Then why did I made a statement in the beginning, which isn’t justified yet ?

“Self employment for females isn’t a choice but a need ”

I stand by what I said –

So , overall I don’t really find  any good reason why women shouldn’t work to earn and pay their own bills ,specially when they’ve the potential to do so. 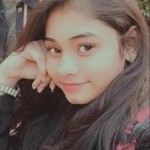